Posted in Reality Bytes by Padmanabhan R on Tuesday October 4, 2016

August’16 has been a watershed month for payments in India. It is the month when Unified Payment Interface (UPI) was launched to the masses. NPCI’s UPI is going to change the payments landscape for everybody, forever. It is arguably the biggest thing to happen to Payments in India since we minted the first coin many millennia ago. While other “developed” countries like US are talking about “Same Day” settlement, NPCI has upped the ante and is enabling India to have “Same Instant” settlement, even at a micro retail level. It is a revolution that has not been given the accolades which it so richly deserves.

IMPS, Immediate Payment Service or Interbank Mobile Payment Service, is the railroad on which UPI would traverse. IMPS is an insanely fast payment mechanism, where your friend receives credit in his account by the time you lift your hands after pressing the Pay button. It is the Usain Bolt of payments!! Imagine harnessing this speed and convenience for all your shopping, remittances, bill payments, e commerce and other payout. This is what UPI aims at doing. It is going to change the way we spend, and the way we collect money.

Firstly, UPI will bring about a level of obfuscation to each person. You are now known by your account number and IFS code for receiving payments. For some, remembering this “banking” terminology is not easy. Try asking his IFS code from a random person on the street, and he would blink!! To make banking more personal, UPI now enables you to accept and pay money using a Virtual Id that is very similar to an email id. Yes, and this virtual id will be provided to each of your accounts by your bank. It could be like “mypetname@mybank”. To receive money, you would just need to provide this virtual id and you are now ready to get money from any account and any bank in India. Sounds simple, doesn’t it. And, if you happen to forget your virtual id, simple, just get another one from the bank. It’s free!!

Payments and Collections are two sides of the same coin. For someone to collect, there must a channel to pay. Without Payments we cannot have Collections. That is the reason why our regulators are laying the payments pipeline. It enables businesses to collect money. UPI is a classic example of how the same interface is being used to send and receive money. UPI’s jewel in the crown is its “Collect” feature that would allow businesses to request money from others.

Collections is probably the most thankless and time consuming job for any business. Just imagine how difficult it is for your newspaper vendor or milkmen to trudge up and down each of their customer’s house for collecting weekly / monthly dues. Wouldn’t it be easier for them to sit at their own location and originate request using their bank??!!

UPI’s “Collect” feature aims at providing this feature whereby businesses, say your milkman, would be able to originate collect request to you using virtual ids. He would use his mobile banking app, enter your virtual id, key in the amount and due date by which he wants you to pay up. This would be sent as a collect request from his bank to your bank and it would appear as a payment request in your bank account. You accept the collect request and funds would be debited from your account. It would be remitted using IMPS to the milkman’s account asap. So simple. No need to hunt for loose change, locked doors and physical exertion.  The use cases for Collect feature is just mind boggling.

While UPI has enabled both payments and collections upheaval, there is another silent revolution that is brewing in banking. And it is bigger than UPI. It is called as Bharat Bill Payment System or BBPS. More about that in our future blogs. 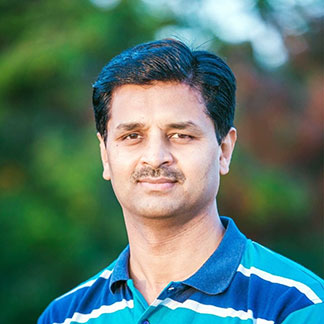